US vs UK Arts Funding: What can we learn? 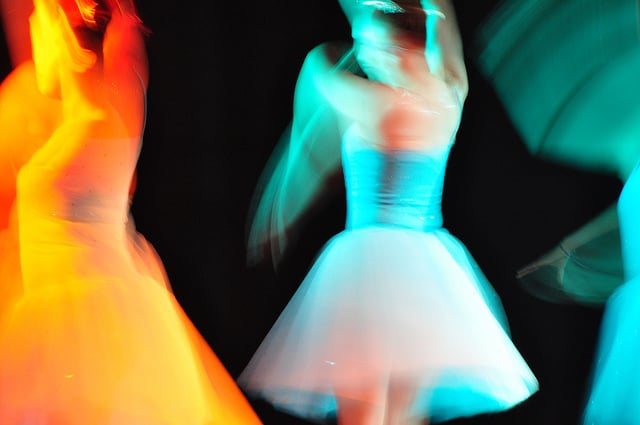 Is there anything the UK can learn from the US fundraising model?

A few weeks ago, I attended the National Arts Marketing Project Conference in Portland, Oregon. On the way back I started thinking about the similarities and differences in arts funding between the UK and US, and how these were represented at the conference.

After all, it was only a couple of years ago that the UK government was focused on encouraging US-style philanthropic donations as a way of stemming the decline of arts funding as public money was being cut, and elevating the US as a model for UK arts organisations to aspire to.

But are the two arts funding landscapes really that different? Overall, I was struck by the similarities in tone between the US conference and similar events in the UK; conference attendees sharing the same passion to make the case for public funding for the arts, and a desire to engage effectively with audiences in order to build a broad base of financial support.

While US arts organisations seem to be fighting the same fight as we are in the UK, we’re coming at the funding question from two very different playing fields. I’m going to delve into these differences here to find out: is there anything the UK can learn from the US fundraising model?

First - a bit of background, and quite a lot of figures.* For the purpose of this post, I’m just using figures from England for comparison, rather than the whole of the UK, I’m adjusting for the difference in population size (for the appropriate year), and I’m generally using figures from the 2011-2012 tax year (except when indicated). And as I’m sitting in the UK, I’m using pounds for currency comparison, and basing this on today’s exchange rate. But don’t take any of this to mean that my comparisons or reasoning are flawless - feedback is very welcome via the comments section below.

The first thing to note is that there is a big difference between the two countries in terms of public and private funding. Let’s talk about public funding first:

In the US, public funding for the arts is available at the federal, state and local level. At the federal level, the amount of money distributed in 2011-2012 by the National Endowment for the Arts was $147m, or around 47¢ for each of the United States’ 312m people - 29 pence at today’s exchange rate.

In the UK, the arts are also funded at the central and local government level, although there are varying layers of local government around England, and not all layers make arts grants. In 2011-2012, the Arts Council of England invested £393m of UK central government funds (not including Lottery money, which was an additional £211m in 2011/2012) - or around £7.35 for each  of England’s 53.5m people.

In the US, extra grants are made at the state and local level, from funds raised via direct taxation. When you start to look at these, you see a picture that varies wildly around the country.

For example, the New York State Council of the Arts made grants worth around $30m a year in 2012, or around $1.40/£1 per person living in New York State. In New York City (which may well be the exception rather than the rule), the Department of Cultural Affairs claims that it is spending $150m in the 2013-2014 financial year, with an average $170m being spent per year over the next four years on capital investment in the arts. This adds a whopping $38.55 (or £23.62) per person living in New York, which combined with state and federal funding means that as a resident of the Big Apple, you are receiving almost £25 of public art funding for your tax dollars.

But if you take Houston, Texas, as another example - the city throws in around £1.50 per person, but the state contributes only around 15 pence per head. Added to the federal funding, this is around £1.94 per person.

In the UK, I reckon the additional public funding from local authorities in the UK makes up about £2.20 per person on average. However, this is a bit of a back-of-a-napkin calculation, made up of average local authority arts funding in 2012, divided by average number of people living in each local authority. In stark contrast to New York, it’s not easy to put together an arts funding picture for an organization based in Westminster, for example, as the total grant value to the arts for both the Greater London Authority and Westminster City Council are not available online.

So one of the main differences between the US and the UK is that the regional discrepancies in public funding of the arts are much higher in the United States. This has a big implication for policy-making. While reports in the UK of local authority arts cuts and bias towards London in arts funding are concerning, because the majority of public funding is made by the Arts Council, the problem can be addressed at a national level (whether it will be or not is another matter). On the other hand, the US is a patchwork of funding structures, with organisations trapped by their geography, and without a national organisation to impose a re-balancing of arts funding at a national level.

Under the label of ‘non-public’ funding, we count individual gifts, corporate funding and funding from trusts and foundations. In England, Arts and Business reported that there was around £588m of this money in England in 2008/9. In the US in 2010/2011, Giving USA reported a total of $13.12 billion going to the arts, culture and humanities (about £8 billion in today’s money). Adjusted for population, that’s around £11 per head in England, and around £25.65 per head in the United States. Because the figures for England are a bit out of date, we could reasonably assume that the United States figures are around double the figures for England.

But this picture of private giving does not accurately reflect the fact that the gifts are larger. Much larger.

In the United States, there have been some eye-watering gifts to the arts, famously including $800m from the family that owns Wal-Mart to the Arkansas Museum of American Art in 2011 (although as the LA Times pointed out at the time, this isn’t even the largest gift to the arts in US history - that record is still held by J Paul Getty, whose bequest to his eponymous museum in California would be worth $2.5bn in today’s money).

On the other hand, donations like Lloyd Dorman’s £10m gift (around $16m) to the National Theatre are the exception rather than the rule in the UK.

The practice of major giving (particularly for capital projects) from private sources is at the heart of what Jeremy Hunt wanted to enhance as part of the ‘culture of philanthropy’ he talked about as Culture Secretary. It would be interesting to see more up-to-date figures and determine whether the UK still lags behind the US in terms of these major gifts.

More subjectively, there were a number of ‘takeaways’ from my time spent in the US.

My feeling (derived from a highly scientific ‘finger in air’ technique) is that on the whole, major donors are handled in a very different way in the United States. The reasons for this are well-documented: there is a tradition and expectation that the better off in the US play a philanthropic role, from John Harvard and John Jacob Astor, to Bill Gates and Warren Buffett; people talk openly and comfortably about money and donor reciprocity (Caroline McCormick talked really eloquently about this at the Spektrix Conference); and the US has friendly tax-deduction scheme for charitable donations (see below).

However, key observations during at NAMPC, were that arts organisations in the US are just as concerned with building a broad base of lower-level supporters, and that this is a common theme in the UK as well. Rather than thinking about potential donors with the capacity to give millions of dollars, it’s just as important to think about how organisations can engage with a larger number of donors with the capacity to give hundreds of dollars a year?

One of the examples I heard at the conference of organisations playing the ‘long game’ in terms of supporter engagement, was the Steppenwolf Red Card. Theatre subscriptions - where audience members save money by paying upfront for seats in every production - are a common model for encouraging audience loyalty in the US. The Red card has been designed as a way of getting younger audiences into the habit of ‘subscribing’ to theatre performances, but it was also interesting to hear that they also see it as a way of identifying younger donors and potential board members later in life, echoing the Young Patrons schemes run by both the National Theatre and the English National Opera in the UK.

But, what was really interesting for me, given the mostly tiny amount of support for the arts from the Federal government, were the stories of innovative public funding mechanisms at the local and state level.

At the beginning of the conference, we heard from the Portland Arts and Culture Commissioner about two local arts funding schemes that were providing support to Oregonian arts organisations.

The first was a new Arts Tax to fund arts education in public schools. The tax was approved by a special local ballot measure in the 2012 election and the $35 per person raised over $10m in the first year.

A mandate from the people (62% of voters supported the new tax) to spend their tax dollars on arts education in public schools is a brilliant and encouraging story. But this change of approach also comes with a big risk - if we allow their public funding to be optionally added as a ‘pick and mix’ item, do we surrender the argument that art and arts education are unquestionably in the public good?

A slightly different public funding mechanism is the Oregon Cultural Trust, a large grant-making body that covers the whole state of Oregon. This is, in effect, a state-level tax deduction scheme specifically for arts and cultural donations.

Of course in the UK, Gift Aid has allowed organisations to claim the tax benefit, but only higher rate tax payers are able to get the benefit of the tax credit - and speaking to a fundraiser working in the higher education sector recently, apparently there are a lot of higher rate taxpayers out there who don’t even realise they could claim tax relief on their donations, and therefore could afford to give more.

At a time when local authorities in the UK are cutting arts funding, perhaps more innovative local funding systems could be imported and adapted to fill the gap?

So, what can we learn?

Despite a different history and culture of donor engagement in the United States, there are remarkably similar stories in both countries, particularly when it comes to lower-level supporters. Undoubtedly, there is a lot that UK arts organisations, and the charity sector more widely, can learn from the US approach to (very) major donor cultivation, and perhaps even from local public funding schemes. But at the same time, the UK has much to share in terms of building broad membership and donor bases.

*Sources for all the facts and figures: