How Ballot Ticketing put RADA in the Spotlight 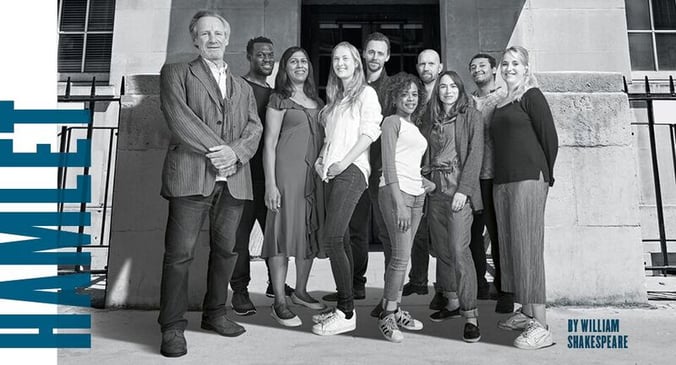 You know how the story goes. A venue announces an exciting but high demand event where the demand hugely outstrips the supply. On the day booking opens, potential customers carve out time in their day to try and get hold of some tickets. There’s a short and rushed customer journey, particularly if there are no tickets left after just a few minutes. Inevitably, a lot of people lose out, close their browser in disappointment and sometimes take to social media to vent their frustration publicly.

Selling tickets for such a high demand event is a fortunate position to be in. But even if your technology is prepared to meet the demand, the traditional way of managing on-sales hardly makes for a positive interaction between the venue and the audience.

This is the conundrum the Royal Academy of Dramatic Arts (RADA) team in London was faced with when it was confirmed that Kenneth Branagh would be directing Tom Hiddleston in Hamlet to raise money for the RADA Attenborough Campaign which aims to take down barriers to training. With a small theater that only has 160 seats a night available, they knew there would be a rush for tickets for the three-week run.

When you know an event is going to sell out, your focus can shift from maximizing sales to the customer experience. We worked closely with RADA to understand how they could use Spektrix to provide a seamless customer experience and make the most of this amazing opportunity to build relationships with potential customers all visiting their website with the intent to purchase.

We came up with the idea of a ballot process or lottery, where entrants would be picked at random with the opportunity to book tickets within a specified window of time. Here’s how taking this radical new approach supported RADA’s aims and provided an amazing customer experience at the same.

1. They reached a larger audience and captured data on potential customers

The production, although a fundraising event, was about more than making money: it was an opportunity to shout about the great work the Academy does. Given the choice of sending that message to just the 1,500 customers who are lucky enough to nab the tickets or to 15,000,000, which would you choose? In turn, the number of people who signed up for the ballot meant they captured data about a much larger audience than a traditional onsale. 42% of people who signed up for the ballot said they’d like to receive information about other RADA events.

2. They set customer expectations at the right level

We worked with RADA to come up with a ballot and on-sale plan. RADA released careful messaging about the process, so that as soon as customers were aware there would be a ballot, they understood what the chances were of winning. Twitter was filled with people crossing their fingers that they would win the ballot as opposed to frustrated and disappointed customers who had been expecting to be able to purchase tickets, despite the limited supply.

3. The booking experience was much less stressful than a traditional onsale

Winners were selected at random and allowed to access booking for a limited time frame over 48 hours. Although the same number of people were able to buy tickets as would have without a ballot, the onsale was a much less stressful experience for both customers and the box office. If customers are having a positive booking experience, knowing they’re guaranteed tickets will make them more likely to give a donation than if they’re racing to the checkout worried about securing their tickets.

The fact that Tom Hiddleston was taking the starring role in a Kenneth Branagh-directed Hamlet was the star appeal and primary cause of press interest. But the ballot approach helped propel that interest and generated debate over the ballot ticketing process (paid link), giving RADA’s cause a greater spotlight.

One of RADA’s priorities was making sure everyone had fair access to tickets. With traditional onsales, bots have been known to hijack the booking process by getting through it quickly and buying up tickets which are then sold online. With a ballot, everyone has the same chance of winning. They implemented additional steps to stop resellers by asking for proof of ID on collection and preventing customers from changing the customer name online.

How RADA set up the ballot using Spektrix tools

Here are the Spektrix tools that RADA used to set the process up.

Partnering with web design consultancy Supercool, they created a custom sign-up form using the Spektrix API which added a tag to new and existing customers who filled in the form so they knew who had signed up. RADA used this form to record who had signed up to the ballot and gather contact preferences.

During the ballot sign up window RADA used scheduled customer lists to automatically email those who’d signed up. This was a great opportunity to send some event-specific information and reiterate the booking process, ensuring the first touch-point with customers enhanced their experience from the start.

RADA used Spektrix’s priority booking engine so that only customers with a ‘ballot winner’ tag could access tickets. These customers were segmented and emailed within Spektrix using the dotdigital email marketing integration while entrants without the tag received an email informing them they hadn’t been successful. When the booking window opened, as soon as online customers picked their performance date, they were prompted to log in with the password (set when entering the ballot) before they could pick seats.

RADA wanted to limit tickets to two per ballot winner. They used an Auto Tag for customers who’d purchased more than two tickets for Hamlet to stop anybody booking more than their fair share of tickets. Anyone with this tag was excluded from the priority booking rule which gave access to booking to ballot winners.

So that tickets couldn’t be re-sold on the secondary market they asked for proof of ID on collection. To stop resellers simply logging in and changing the customer name online, they used a compulsory order attribute as part of the Hamlet booking process to record the ticket collector’s name. Order attributes can’t be changed online by the customer once the order is confirmed. This, combined with presenting photo ID on the night, made it as difficult as possible for reselling.

As the production’s main aim was to raise funds to break barriers to training and theatre, it was important to RADA that young people were given a fair chance to see the production. They provided a limited number of tickets at a reduced price for young people under 25. Using locked seats with custom eligibility for winners with an ‘under 25’ tag, RADA could let all customers book within the same time window, while knowing this allocation would only go to eligible customers. They then checked for proof of ID when they arrived at the theater.

By using basket donations, customers were given information about RADA's campaign and what they were raising money for, and then given a suggested donation as part of the booking process.

As the first ever Spektrix client, RADA will always have a special place in our hearts. Their story is a great example of how putting the customer first instead of sticking to the status quo pays off for both the customer and the organization. Rethinking the traditional on-sale process not only fulfilled RADA’s fundraising objectives but gave their cause even wider exposure to potential new audience members or supporters.

This wouldn’t have been possible without the RADA team’s openness to fully collaborate with us from the beginning. We love collaborating with our clients on projects like this, so get in touch with our Support team if you have any other projects we can help with.

James Wood is a Client Support Manager at Spektrix