An infinite cloud: future-proofing Spektrix and creating capacity to build 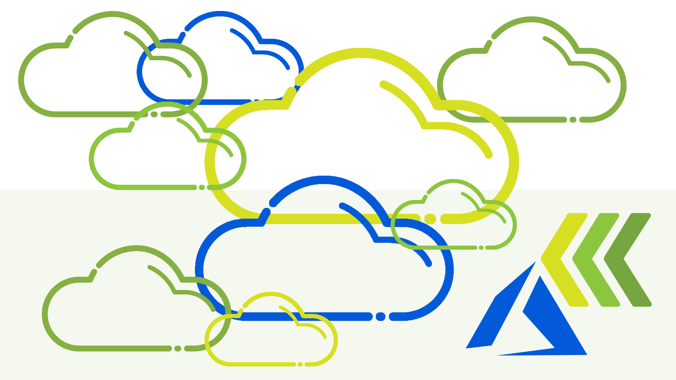 Spektrix has always been a true-cloud based system. This has become the norm for modern business software over the last 10+ years, with companies like Salesforce, Zendesk and Google all delivering their offerings in a similar way. What this means in a bit more detail is that:

Software as a Service (SaaS)

There is a lot going on behind the scenes to deliver the Spektrix system that our users and their customers use every day. We have web servers, database servers, reporting servers, firewalls, load balancers, file servers and many more. We run all these servers across a combination of infrastructure that we run and maintain ourselves, as well as on infrastructure provided by a number of cloud providers such as Microsoft Azure and Amazon Web Services, who we use to host our PCI compliant payment application.

We keep all those servers maintained, secured and monitored. When we need new ones to increase capacity, we add them seamlessly.  Sometimes we move from old servers to new ones, or change their location - we always do these types of changes at times when disruption for our users is minimised.

But it’s now time to start changing this approach. In the same way as we advise our users to outsource the running of their software to an expert in doing this (a tech partner like Spektrix), we are taking our own advice and applying it to our own business. Developments in the last 2-3 years mean there are now providers who are experts in managing infrastructure and platforms, and by outsourcing these elements to them, we can focus more of our time on what only we can do - building and improving the Spektrix application itself.

So next, let’s explore some other key concepts beyond SaaS.

The first of these is Infrastructure as a Service (IaaS). This is what most people traditionally think of when they think of public clouds like Amazon Web Services. It is essentially a way to rent ‘virtual’ servers by the hour, paying only while you have the server switched on. Users have the ability to start up new servers whenever needed, and choose from a range of ‘powers’ of computers in terms of memory and processing power. A user of IaaS no longer has to manage the physical servers themselves, but critically, they do still need to manage the operating systems running on those computers, install their applications, manage their networking, keep them patched with security updates and much more.

A lot of providers - particularly those with older software - have moved their applications to the cloud using IaaS. From the application’s point of view, this generally works because it sees a server that behaves in the same way as the server it ran on previously. This approach is commonly termed ‘lift and shift’. The problem with it is that the provider still has to manage a potentially very large estate of servers - particularly if their application isn’t multi-tenant and they’ve got separate servers for each client.

Two key benefits that a PaaS approach offers over IaaS are as follows:

These benefits are why our strategy is focused around moving to PaaS. The next stage will see the majority of our infrastructure moved across, and ultimately we want to find ourselves managing no servers ourselves, instead leaving this entirely to the PaaS providers we choose.

You may wonder why everyone wouldn’t just move to PaaS instead of IaaS. The reason is that applications generally can’t run on PaaS unless they’ve been specifically built for it, or modified to fit within the offerings of the platform - modifications which generally aren’t easy, particularly for older applications, and in particular for ones that aren’t web-based.

How we are making the move

Over the last 18 months we’ve been investing heavily in behind the scenes changes to make Spektrix PaaS-compatible, and we’re now over some of the biggest hurdles in making this happen.

The most significant change has been in our database layer. We have always used Microsoft’s SQL Server database engine, and we run and maintain a number of SQL Server database clusters in fault-tolerant configurations to ensure great service to our users. Spektrix has now been made compatible with a Microsoft-based PaaS offering called Azure SQL Database.

As well as leaving Microsoft to run the computers, Azure SQL Database brings lots of other benefits - all of which we could achieve on our own if we wanted, but which would require huge development and ongoing maintenance effort if we did. These include:

A few more of the PaaS offerings we’re using include:

Rather than running our own mail servers for sending emails like transaction confirmations, we’ll be using a provider called Mailgun instead. This is the only part of the journey where we’ll need some input from our users - you’ll soon hear from us about minor changes to your domains which will allow us to set up email sending through Mailgun and, at the same time, improve the deliverability of those emails.

The future for Spektrix and our clients

We’ve scaled up our engineering team by around 60% over the last year, giving ourselves the capacity and expertise to deliver these significant changes to the Spektrix system. Once complete, the move to PaaS will future-proof our offer, ensuring we’re able to continue providing a service that’s reliable, secure and continually upgraded for many years into the future. What’s more, we haven’t scaled our team only to reduce it again once this project is behind us. With the migration complete, we’ll be able to refocus more of our effort than ever before on building and improving the Spektrix application itself - delivering more features and improvements that have the potential to help move the sector forwards.

Find out more about Spektrix technology

Michael Nabarro is CEO and co-founder of Spektrix