Creating connections in the cultural sector

Spektrix works in partnership with arts and entertainment organizations, providing the ticketing and CRM technology they need to run live events and the expertise they need to make the most of it. We’re the market leader in the UK and Ireland, and the fastest growing CRM solution for the cultural sector in the US and Canada - meaning that Spektrix users also join a rich network of fellow professionals and industry experts.

Throughout our history, Spektrix has been committed to the success of the cultural sector - empowering teams, reaching wider audiences and building deeper relationships. Many of our events and insights are offered free of charge to arts professionals to help them thrive - no matter what CRM system they’re using.

Get in touch to find out more about our current priorities and discover how you can be part of them. 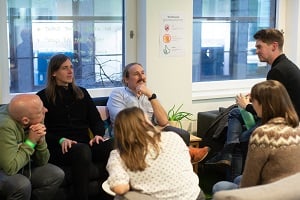 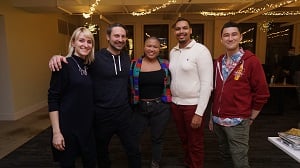 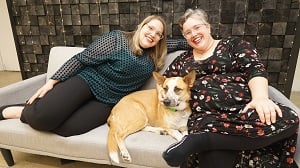 How our company values promote business as a force for good

Who we work with

The organizations at the heart of the Spektrix Community

We support theaters, music venues, museums and other organizations to sell their tickets. If you’re here to buy tickets, amend an order or update your account details, you’ll need to reach out directly to the organization who holds your booking or data.
Find out more about our role in managing your tickets and data

Back in 2007, Michael Nabarro was a lighting designer and general manager of ADC Theatre in Cambridge, England. He was busy putting in place a new ticketing system and quickly came to the conclusion that there must be an easier and better way to build connections between venues and their audiences.

Along with co-founder Matt Scarisbrick, a sound designer, Michael put his theatre work on indefinite hold. Instead, they focused on imagining the best possible ticketing, marketing and fundraising platform for theaters, coding that vision into reality, and forming a dynamic company to engineer and support it.

The Royal Acadamy of Dramatic Art (RADA) in London was the first organization to ‘go green’, back in 2007. Employees were hired and a small office space in North London became their first home. From 2011 we began establishing our user base more widely across the UK and Ireland, partnering with organizations including Clwyd Theatr Cymru in Wales, Tron Theatre in Scotland, MAC Belfast in Northern Ireland and the National Opera House, Ireland, who in 2014 joined a fast-growing community of 140+ Spektrix users.

A year later, Spektrix crossed the Atlantic to launch in Canada with Luminato Festival, Ontario, and soon afterwards in the US with Actor’s Express in Georgia. Six years later, more than 550 organizations call Spektrix their technology partner. Well over 100 team members divide their time between bases in London, Manchester and New York, home offices across the US and Europe, and many miles of road, rail and air travel to support the organizations we work with to achieve their goals.

Throughout our history, we’ve been determined to continue growing, understanding, and improving in every aspect of our work. Yet as we grow and change we remain true to our original mission: of harnessing the power of technology and data for the benefit of the arts.