Why you should Engage Young People in your Fundraising 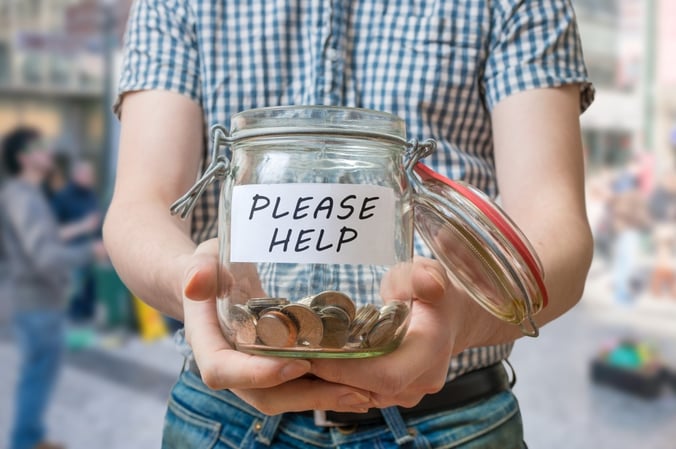 Who do I mean by “young people” you may be asking? I guess it’s different for different organizations but in general I’m talking about those customers in their twenties and thirties. And maybe forties too. I suppose it’s less about age and more about a state of mind. Generally speaking, I mean those of us who have grown up surrounded by digital technology and probably know all the words to some early Backstreet Boys tunes and still have the spending power to get involved in your fundraising. In short, I’m talking about “millennials”.

Why should you bother with young people?

To clarify, when I say “engage”, I’m talking about getting people involved in meaningful ways. This could mean getting people to give more than a couple of quid, join your board or fundraising committees, and, perhaps most importantly, encourage their peers to give too.

Why is this even important? Well, I think it’s a really exciting challenge for fundraisers to start inspiring the next generation of philanthropists so that we can make darn sure that we live in a charitable society in a few decades time, and our charities can stay thriving. Oh and of course, more donors also means more charitable income so you can do more great stuff.

They bring a fresh point of view

It’s also important because young board members can be brilliant. By their very nature, they can have different ideas to their more experienced counterparts. The chances are they will have loads of creativity and energy too. Of course, that’s not to say that the more experienced members don’t have their own creativity and energy, but the combination of both points of view is invaluable.

Young members can be adventurous, especially when it comes to the arts. They can also represent the younger demographic of your customers, offering you a direct insight into their needs. This is exciting for arts organizations, as well as for supporters and board members.

Of course, I don’t want to seem insensitive to your older donors, but a young donor also has a longer donor life ahead of them – that’s just biology. So, when you engage someone in their 20s, you potentially have up to 80 years together to build a pretty awesome relationship, and their potential cumulative capacity to give is huge.

There are many reasons why young people should be engaged with your charity fundraising but perhaps the most import is their social networks. Around 82% of 18-29 year old internet users are on Facebook and although 64% of 50-64 year old users also use the platform, the former has grown up with a culture of instant sharing. Your age has a big impact on what you share on social media.

But not only will they share things they’re interested in with their peers, as a group they’re also much more likely to be influenced by their friends and what they’re doing than something that they know has been marketed to them purposefully. As a result, their sharing doesn’t just stop with a Facebook post.

The authenticity that younger people seek will come easily if they are sharing a cause that they are genuinely interested in and their friends will see that. It can sometimes even lead to world-wide viral campaigns like the ice bucket challenge. But it also means that when you engage with one young person, you’re actually connecting with thousands.

How do you do it?

So, that’s all very well. But how can we actually get these young’uns on board, literally? Don’t forget that they expect stuff, and fast. Whether it’s online shopping or an Uber after a night out, they’re used to getting things quickly. If you promise to acknowledge them on your website, do it as soon as the gift comes through; if you promise to invite them to the summer party, do it; if you promise they’ll have board meeting dates for the next six months, get them in the diary ASAP. Here’s a little more advice on why you should recruit these people into your organization.

They care. A lot.

The younger generation want to make a difference and see the results. This may mean they’re more inclined to support discrete projects instead of revenue funding. Either way, they want to have hard evidence of the good work the charities they support are doing. This also makes it easier for them to talk to their peers about how they’ve made a difference, spreading a clear case for support to their friends.

This generation is frequently spoken about as “time-poor; money-rich”. This means event and project-based committees will often be the right fit. Short to mid-term commitments with a set time frame and clear brief will likely be more attractive than an open-ended, long term board placement.

Got ideas to share about engaging younger donors in your fundraising?

Alice Newton is Head of Support, Training and Consultancy at Spektrix